You are here: Home1 / Autogenous – Propane2 / Gas in Cylinders 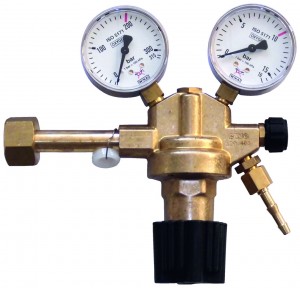 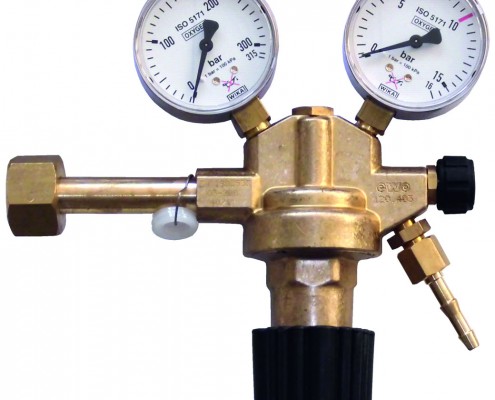 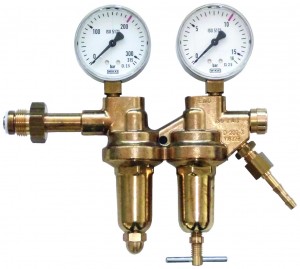 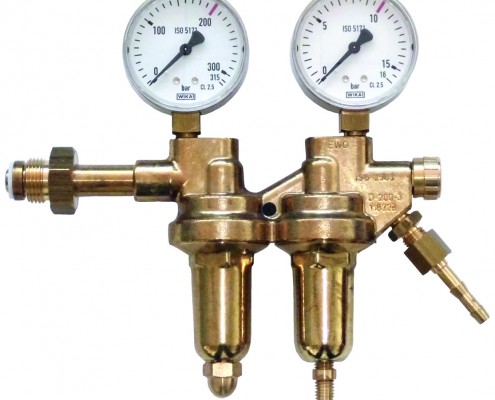 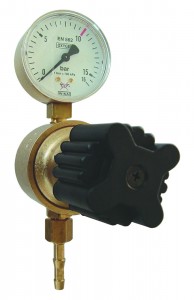 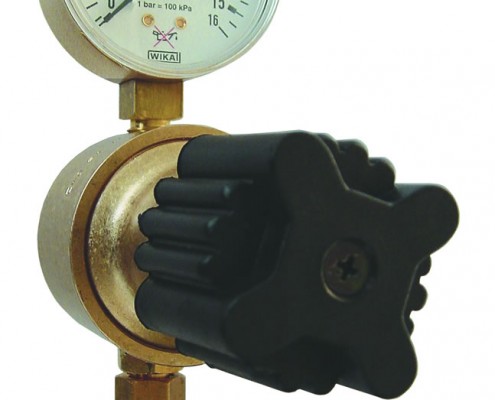 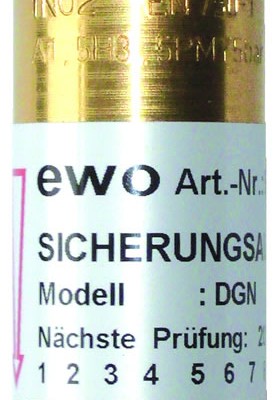 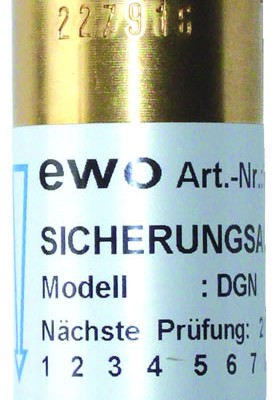 Single-Stage Pressure Regulator for Bottled Gas serve to regulate compressed, liquefied and under pressure dissolved gases out of bottles with a maximal pre-pressure of 200 bar up to the desired working pressure, and in fact as independent of pre-pressure or issue quantity fluctuations as possible. Dependency upon pre-pressure is about 1,5% at single-stage pressure regulators, so while deflating the bottle it has to be readjusted from time to time.

Two-Stage Pressure Regulator for Bottled Gas only have a dependency upon pre-pressure of 0,05 %, so readjusting at pre-pressure fluctuations (deflating bottle at compressed gases) is not necessary.

Extraction Point Pressure Regulator serve to regulate compressed, liquefied and under pressure dissolved gases from supply grids (ring conducting) with a certain pre-pressure to the desired working pressure, in fact as independent of pre pressure or issue quantity fluctuations as possible. Their composition is analog to the single stage pressure regulators, but because of the relatively low, known pre-pressure, they don’t have a pre-pressure gauge and no safety valve. The high flow rates allow operation of all welding- and cutting torches for acetylene-oxygen, offered by company ewo.

Extraction Point – high reliability combined with a compact design. The delivery includes connector body, ball valve, solder or weld nipple (diameter 12 mm) and a union nut for the gas inlet side. Flow rate up to 200 m³/h.

Pressure Gauge are safety pressure gauges according to ISO 5171. At a spring breakage a relief opening at the rearside is opened in order to avoid parts being thrown forward. Quality class 2,5.

Detachable Hose Tail according to EN 560 (DIN 8542) consist of union nut with RH- or LH-threads according to DIN-ISO 228 and hose clips with ball nipple seal for metallic sealing to threaded connector end with 45° cone like e.g. to pressure regulators for bottled gases or hand grips for torches. The union nut normally is detachable (Form A), at a few versions – small thread – not detachable (Form B).

Double Nipple according to EN 560, male thread long – with cone (45°) for connection of devices of the compressed air conditioning and welding technique etc.

Safety Installation DIN EN 730 with automatic gas barrier against flame penetration and gas backdraft for acetylene and oxygen are necessary, if the torches are not immune from sustained backfire or the consumer (torch) are not in the same room. For Protection of sampling points, distribution lines and individual bottles.

Quick-Release Coupling with automatic gas stop according to IBEDA standard Quick-release couplings for acetylene and oxygen for connection of normal hoses to pressure regulator or torch, as well as to hose extension, are distinctive concerning the sort of gas, and ideal where torches have to be changed often or hoses in various lengths are needed.

Hose Breakage Protections type SBS/ST for the connection at the outlet of a medium pressure regulator, to safeguard propane hose lines.